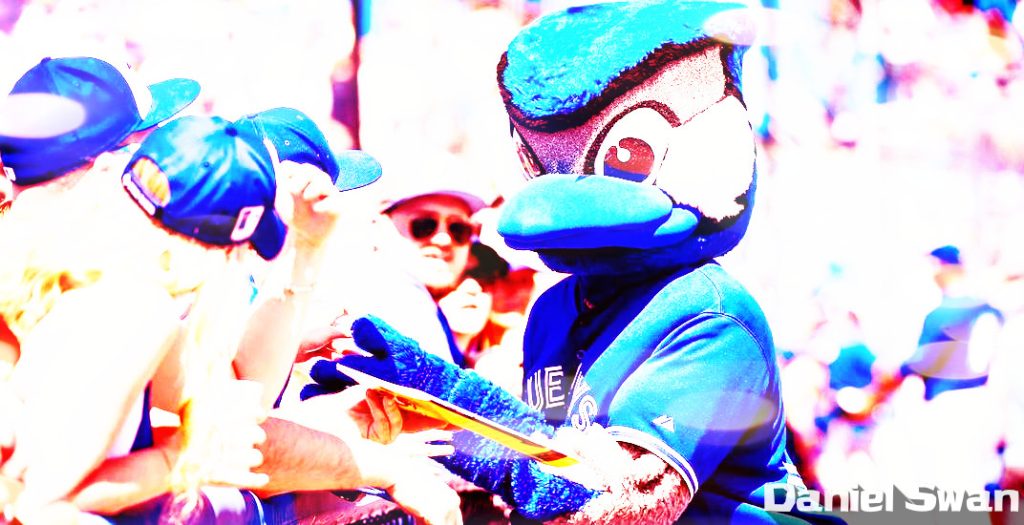 Another Wallpaper for my Toronto Blue Jays series this one deals with their longtime mascot Ace who gets the fans warmed up during home games.

He is so popular with the fan base he even starred in his own commercial alongside George Springer:
(Kindly Provided by a friend of mine who does video restoration)