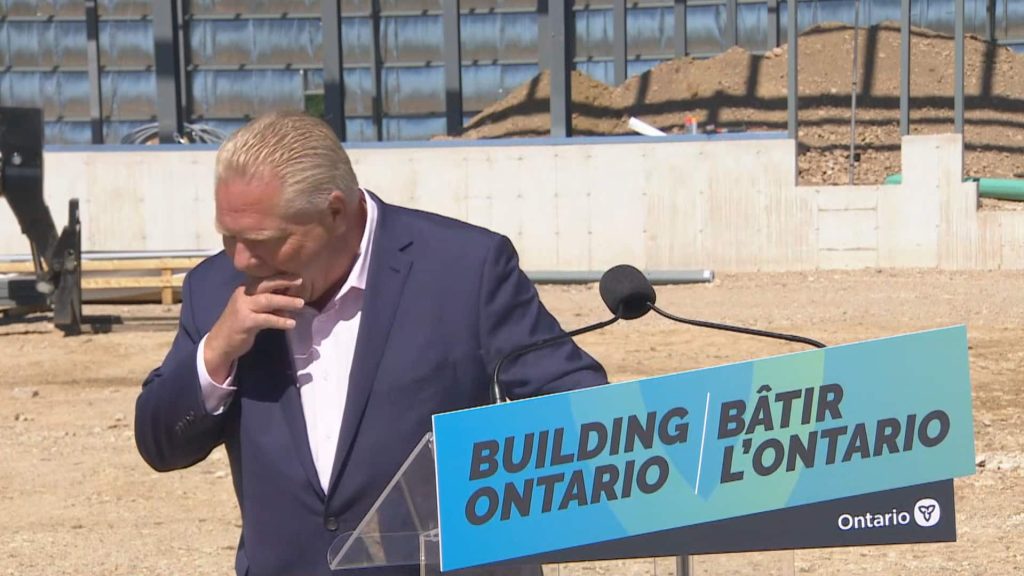 In Case you missed it, Ontario Premier Doug Ford found himself in a buzzing situation on Friday when a bee entered his mouth and got down his throat.

Ford was taking questions from reporters in Dundalk, Ont., about the provincewide health-care staff shortage and the possibility of privatization when the bee flew into his mouth.

Members of the press could be heard expressing their concern for Ford.

After taking a sip of water from a bottle, Ford was a great sport about it making light of the situation, saying: “This is going to be played over and over again.” “I Think That Just Made Colin D’Mello’s Day”

But the discomfort the premier was experiencing was visible.

“Sorry guys. The little bugger got away in there,” he said.

Someone from the audience asked if he was all right to continue, to which Ford responded: “I’m OK. It’s buzzing in there, He’s Got A Lot Of Real Estate”

‘Man, he went right down the hatch’

As The Press Conference Concluded, Doug Ford Said to the reporters “Make Sure You Play That Blooper”

so here it is for all my readers who don’t live here or might have missed it: