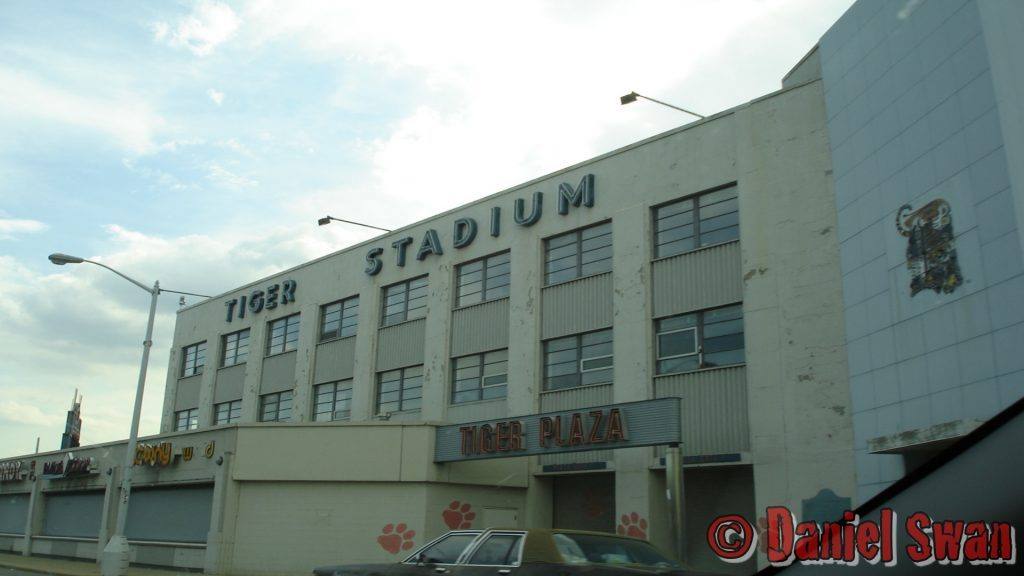 This is the old home of the Detroit Tigers since their founding in 1912. I snapped this beauty in 2014 on a trip across the border to The Motor City. Located in the Corktown district of Downtown Detroit, it was Previously Known as Briggs Stadium, The Detroit Tigers played their last game at the stadium in September 1999, and then on a quiet day in 2001, they packed up and rolled out of Corktown. In the decade after the Tigers vacated the stadium, several rejected redevelopment and preservation efforts finally gave way to demolition. The stadium’s demolition was completed on September 21, 2009, though the stadium’s actual playing field remains at the corner where the stadium once stood. Since the spring of 2010, a volunteer group known as the Navin Field Grounds Crew (composed of Tiger Stadium fans, preservationists, and Corktown residents) has restored and maintained the field.