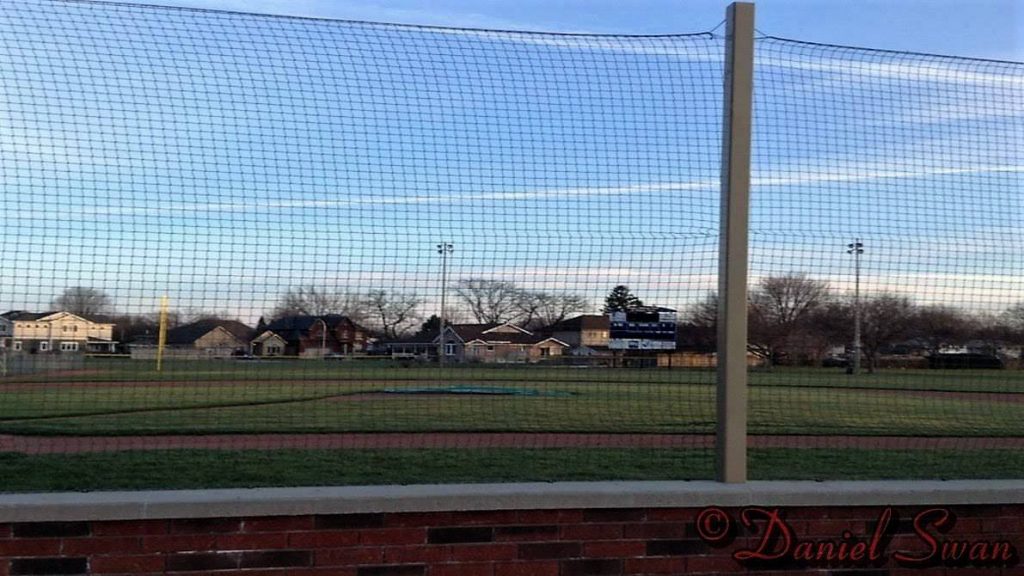 In the glory days of Baseball, Rotary Park was considered one of the premier destinations for baseball in Southwestern Ontario. It’s spacious grandstand and amazingly crafted infield was the home diamond to numerous Ontario Baseball Association winning teams during an era when Chatham was considered a dynasty of the highest level in the province of Ontario. The Grand Ol’ Lady at the corner of Tweedsmuir and Queen as it was known as helped launch the careers of distinguished Major League players Fergie Jenkins (Chicago Cubs), Bill Atkinson (Montreal Expos) and Doug Melvin (Milwaukee Brewers) Melvin is now an MLB Executive which goes to show the talent that has it’s roots firmly planted in the soil of Rotary Park Unfortunately as with most arenas of the day (eg: Exhibition Stadium) it lost it’s splendour and appeal and became more of a nuisance than a softball field

Then at the dawn of the new millennium, after sittling idle for years, the park was restored to it’s ‘Pasture with a Backstop’ glory days complete with grandstand and infield turf and pressbox and it was rechristened Fergie Jenkins Field after Chatham’s famous hometown hero. I have seen many games in progress while out walking and you cannot help but stop and think for a minute about how in all the years that have come and gone, the game of baseball may have changed but the hometown spirit never dies.