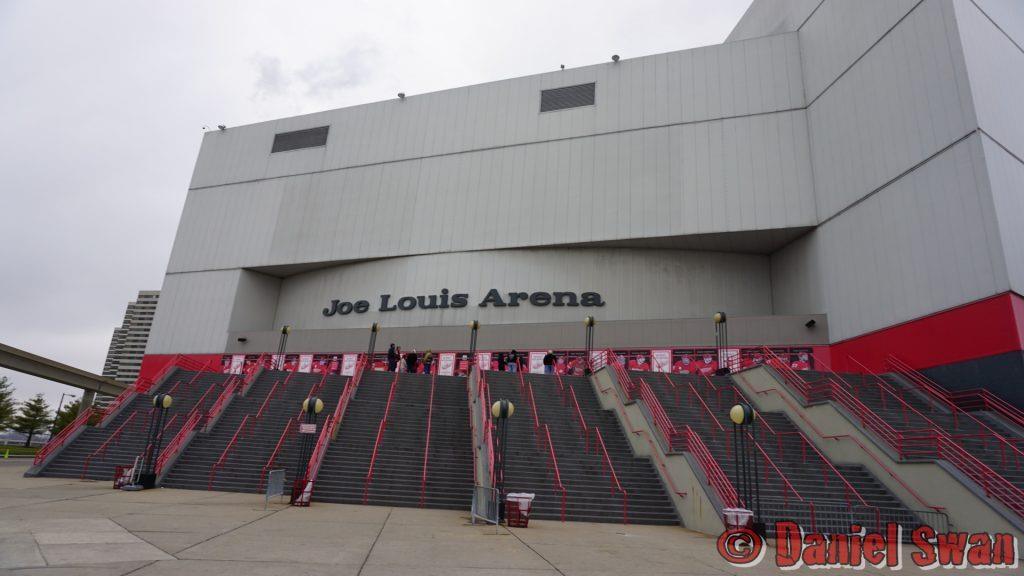 Joe Louis Arena (nicknamed “The Joe”) is a defunct multi-purpose arena in Downtown Detroit. Opened in 1979 at a cost of $57 million as a replacement for Olympia Stadium, it sits adjacent to Cobo Center on the bank of the Detroit River and was accessible by the Joe Louis Arena station on the Detroit People Mover. The venue was named after former heavyweight champion boxer Joe Louis, who grew up in Detroit. It was the home of the Detroit Red Wings of the National Hockey League and the second oldest NHL venue after Madison Square Garden until the start of the 2017-18 NHL Season. Joe Louis Arena is owned by the city of Detroit, and operated by Olympia Entertainment, a subsidiary of team owner Ilitch Holdings (also owner of Little Caesars Pizza and Olympia Entertainment)