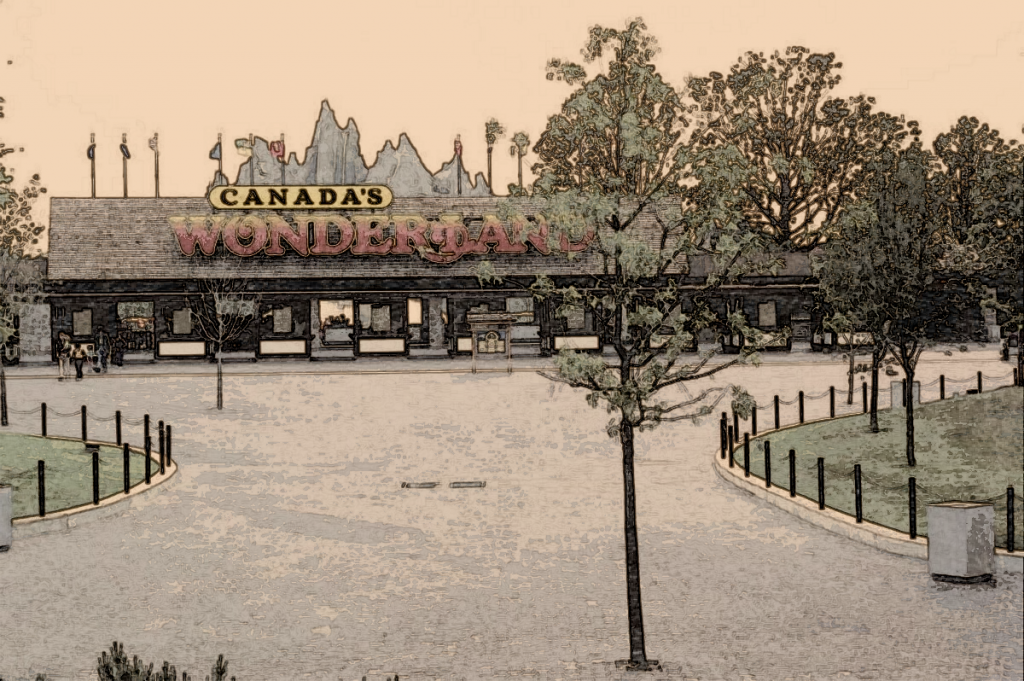 As I Just turned 40 this month, that is half a life of memories stored in my head. So I thought I would bring some of them out of the vault to share with you all.

Going to the movies was a huge deal for my family growing up, we owe a lot of it to Nat Taylor, the Canadian entrepreneur who created the world’s first multiplex in Ottawa, changing the way we go to the movies by founding Cineplex Odeon. The theater pictured above was very special to me as I saw a lot of films there including:

Nice segway huh, Stone Road Mall I’ve spent a lot of time at as a kid, with the recent closure of Sears Canada. I saw an Article on Global News that they were adding a new wing to it, so I had to add something here about this place

On my weekends with my dad when I was younger (my parents divorced when I was young) my dad took me here a lot and we went walking around the mall, we looked at a lot of stores some which are still there to this day including:

Like many Canadians, in the days before iTunes and Google Play we got all our music from Sam The Record Man. Most boxing days my family made the pilgrimage to Toronto for his out of this world deals. There were quite a few albums that I got from there including:

I was very sad when Sam Sniderman died but he did quite a lot for both ordinary folks and Canadian artists, in fact if it was not for Sam Canadian music would not be heard on Radio stations nor would we even know who Gordon Lightfoot, The Guess Who or Joni Mitchell among others were.

On January 11, 2018 nearly a decade after the iconic retailer closed it’s doors the famous neon spinning records were lit up again over Toronto’s Yonge-Dundas Square just blocks away from it’s former location

Another place in Toronto, we frequented albeit not as much as Sam’s was Honest Ed’s. Opened in 1948 by Theater impresario “Honest” Ed Mirvish who oversaw it’s operations for over 60 years until his death in 2007. It was billed as a discount store and the aisles were laid out just that way. The sign was just as iconic as the store with catchy puns like “Come In And Get Lost”, “Only The Floors Are Crooked”, and “There’s No Place Like This Place Anyplace! The store closed for good on December 31, 2016 and was sold to a developer as part of the Mirvish Village redevelopment.

Now this is a memory I’m not proud of, as much as I enjoyed myself at the time.

First the backstory, My Dad and stepmom and some family friends and their kids, me and my brother all went on a family trip to Canada’s Wonderland in the early to mid 1990’s. Now here’s where it went south, my brother ran off with Jeff and Bradley and my stepmom told me to wait at the main gate in front of Wonder Mountain while they went looking for them. But after a while I got tired of waiting and went looking for them so instead of having a good time for almost an hour we were trying to find each other. When everybody finally caught up with each other we went on some rides and did some other stuff. My parents haven’t forgiven me and my brother to this day and have not taken us back since (even though we’ve begged and pleaded for a second chance to make amends). I guess some people can hold a grudge for quite a while, but it is understandable given what happened

Lastly, another memory I loved was seeing wild animals up close and personal at African Lion Safari. Located just minutes from my doorstep between Hamilton and Cambridge. This unique attraction allows families to tour seven game reserves where animals roam free in contained areas. One of my favorite attractions was the Elephant show in which the Asian Elephants performed various tricks. I’m not sure if they still have that as I haven’t been there in years.

10 thoughts on “Memories Of My Childhood”