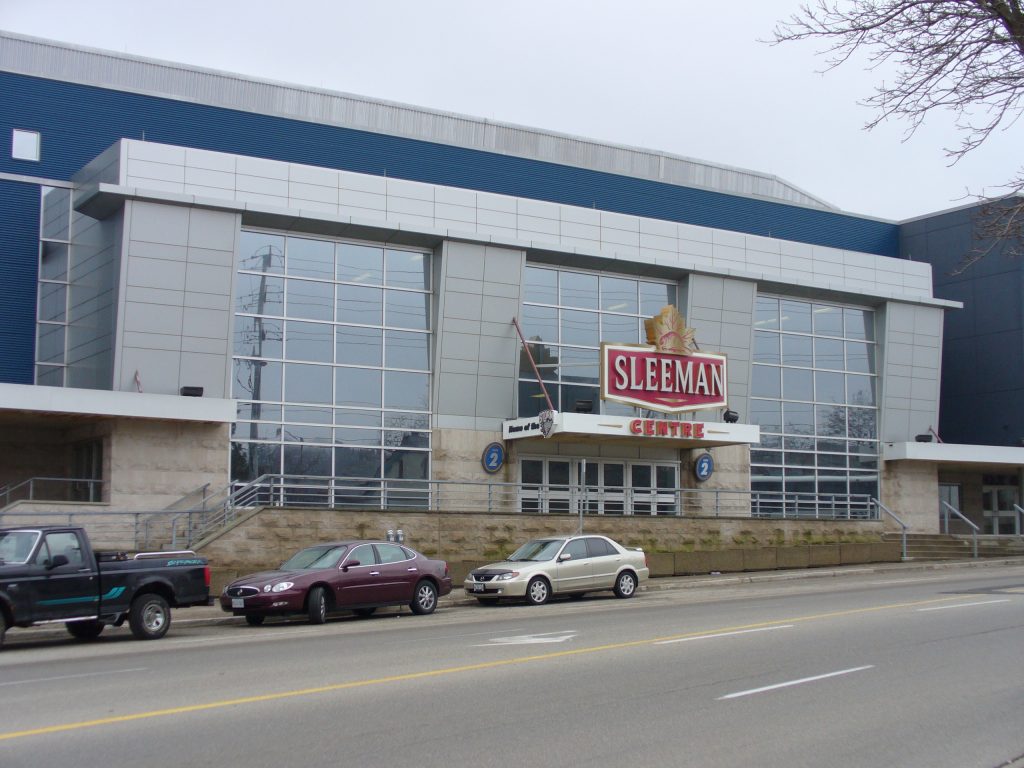 This is the Sleeman Center in Guelph, Ontario. Not much to look at but at one time this parcel of prime real estate was home to the Guelph Eaton Center. Opened in 1984 and anchored by the Timothy Eaton Company (aka Eaton’s) the mall was a right of passage for an entire generation. I recall many trips to Eaton’s with my mother during my childhood years and every time I went there was always something new to look at.

Eaton’s grew to be a cultural and social institution with stores all over the country and similarly themed Eaton Centers popping up all the time. Their iconic catalogue was in a lot of Canadian homes (mine included). But like with a lot of other retailers, a change in the retail landscape and the expansion of Big Box Stores like Wal-Mart into Canada resulted in the chain’s demise in August 1999. After the Bankruptcy of Eaton’s, the City Of Guelph bought the mall property and the land that Eaton’s sat on was redeveloped as The Sleeman Centre, the home base of the Guelph Storm OHL team who recently vacated Guelph Memorial Gardens (now Guelph City Hall). As for the rest of the mall it was rebuilt and redeveloped into what is now The Old Quebec Street Mall