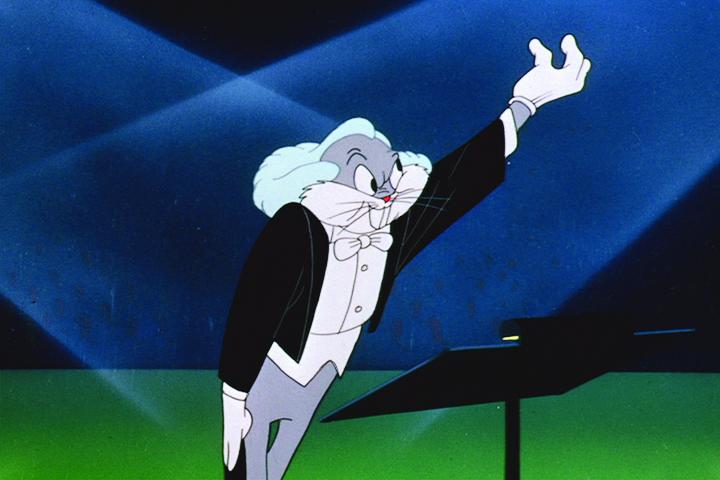 Bugs is an anthropomorphic gray and white rabbit or hare who is famous for his flippant, rousing personality. He is also characterized by a Brooklyn accent, his portrayal as a trickster, and his catch phrase “Eh…What’s up, doc?”. Due to Bugs’ popularity during the golden age of American animation, he became not only an American cultural icon and the official mascot of Warner Bros. Entertainment, but also one of the most recognizable characters in the world. He can thus be seen in the older Warner Bros. company logos.

Since his debut, Bugs appeared in more than 150 cartoons produced between 1940 and 1964. He has also starred in feature films, compilations, TV series, music records, comics, video games, award shows, amusement park rides, and commercials. He has also appeared in more films than any other cartoon character, is the 9th most-portrayed film personality in the world, and has his own star on the Hollywood Walk of Fame.

And Finally here he is trying to outwit The Tazmanian Devil