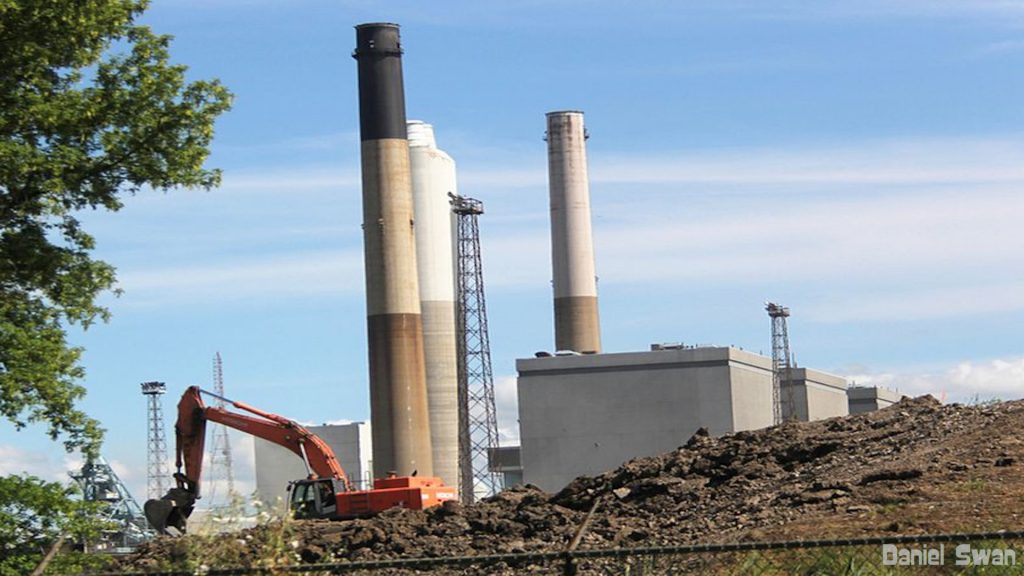 The Lambton Generating Station was a coal-fuelled power plant located on the St. Clair River near Corunna, Ontario, delivering up to 950 MW of power to the grid. It is owned by Ontario Power Generation.

The plant previously had a total generating capacity of 1,976 MW, prior to the permanent shutdown of generating units 1 and 2 (of four) in October 2010. The remaining units were shut down in September 2013. It was connected to the power grid via numerous 230 kV lines, and also had two interconnections with Detroit Edison and ITC Transmission via a 230 kV line (Lambton-St. Clair #1) and a 345 kV line (Lambton-St. Clair #2). It is located almost exactly across the St. Clair River from Detroit Edison’s St. Clair Power Plant in East China, Michigan.

The facility has three 168-metre (551 ft) smokestacks,one of which is equipped with flue-gas desulfurization units, commonly called “scrubbers”, to remove sulfur oxide. Emissions from scrubbers at the Lambton station could be seen for over 16 km, although with the scrubbers operating properly, these plumes likely had over 90% less SO2 compared with other coal-fired stations without scrubbers.

On November 22, 2016, it was announced that Ontario Power Generation was no longer looking at alternative uses for Lambton Generating Station, and that the facility would be decommissioned in 2017.