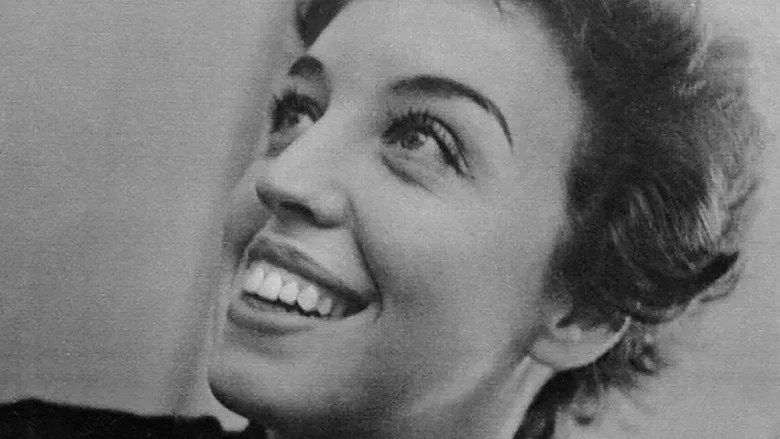 Dolores Claman, the woman behind the catchy tune that used to introduce CBC’s Hockey Night in Canada broadcasts, has died at 94.

Claman’s daughter Madeleine Morris said Saturday that her mother died in Spain this week, about two years after she was diagnosed with dementia.

“She was a good, ripe old age, and she had an incredible life,” Morris told The Canadian Press. “I’m teary from time to time, but mostly I’m thankful she’s in peace.”

Claman was born in Vancouver and grew up with an opera singer for a mother. She had graduated from high school by 16 and later trained as a concert pianist at the Juilliard School in New York, said Morris.

At Juilliard, Claman decided she would rather be a composer and developed a love of jazz, Morris recalled.

After graduating and the end of the Second World War, her mother moved to England and met and married Richard Morris.

They later moved to Toronto and co-wrote thousands of jingles, including “A Place To Stand” with its popular “Ontari-ari-ari-o” lyric for the 1967 Expo.

Claman was working for Maclaren Advertising in 1968 when she was hired to write the theme song that opened CBC’s Hockey Night in Canada broadcasts.

‘I wanted my name’ on song

She never expected the song, often called Canada’s second anthem, to become as successful as it did and said it wasn’t until at least 10 years after the tune’s debut that she really realized its popularity.

“Some of my son’s friends at school thought I was amazing. They came to the door to see me. And it became more and more popular,” Claman told The Canadian Press in 2016.

“I wanted my name on it because I was watching hockey and at the end they say ‘lighting by’ and ‘best boy.’ I phoned CBC and wrote to somebody [there]. They wouldn’t give it to me. They saw no reason why.”

She eventually negotiated the credit before licensing rights for the beloved track were sold to CTV in 2008, when Claman and the music agency representing her were unable to negotiate a deal with CBC.

Claman was pleased with the song, but the attention it got seemed to surprise her, Morris said.

‘Dear to the hearts of many’

“She was pretty stunned when people started making a really big fuss about it,” Morris said.

“I remember watching her listen to a recording of it way later in life… She was analyzing it and she said, ‘I am really proud of that. It was good, it was good for what it should have been.’ “

While the song landed Claman attention, it has sentimental value for Canadians and hockey lovers who grew up hearing it before cheering for their favourite teams.

“The Hockey Night in Canada theme song is dear to the hearts of so many hockey fans, and the kick off to many exciting Saturday nights,” said Chris Wilson, the executive director of CBC Sports and Olympics, in an email.

“Our condolences go out to Dolores’ family.”

The song can still be heard on TSN hockey broadcasts and orchestras often perform the tune.

“She always maintained that giant heart and soul of an artist. She read letters from fans, and watched videos of school bands and children excitedly playing ‘the Hockey Theme,”‘ he said in a release.

“I could see the tears in her eyes. She was so moved. It was an honour for her that she never took for granted.”

One of few women in industry

Morris also described her mother as a “strong feminist” and said sexism in the advertising business never fazed her.

“I just did what I do. The mostly men [who] worked with me were very nice,” Claman said in 2016, when discussing how she was one of few women in her industry.

“Rarely did I have any problems with them not wanting to work with a woman — well yeah, a couple of times, but that’s fair enough. I was lucky that I didn’t worry about it at the time.”

But Morris recalled one incident when Claman was dining with a client in Toronto. The restaurant refused to serve Claman because women were supposed to wear skirts and dresses. She was wearing an emerald green top and bell bottoms.

“She just stood there…in front of the maitre d’ and the whole table and just unzipped her pants and took them off,” said Morris.

Claman is survived by Morris and her son Michael.

Morris said her mother loved travelling and admired the gardens in the U.K.’s Regent’s Park, so the family will scatter her ashes at the park and in the Mediterranean.