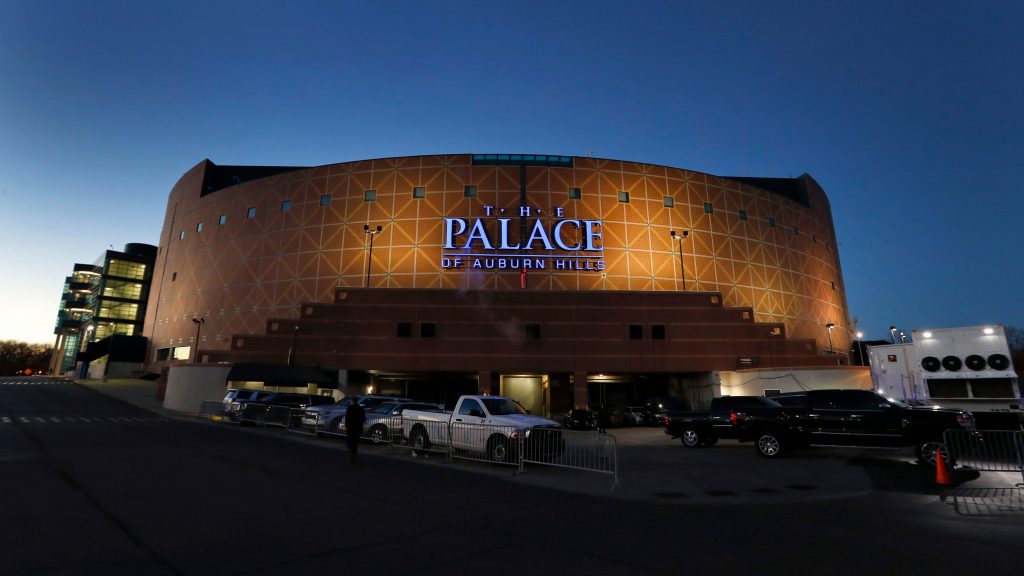 Well Today marked the closing of a chapter of NBA History as The Palace Of Auburn Hills, The former home base of the Detroit Pistons went up in a cloud of dust. This arena goes into the annals of history alongside such greats as the Olympia, The Montreal Forum, Joe Louis Arena and Maple Leaf Gardens as a juggernaut of sports and culture.

In operation for nearly 5 decades, the Palace closed for good in 2017 when the Pistons moved to the newly built Little Caesars Arena in Downtown Detroit, it was memorable for many cultural milestones including Monster Truck Rallies, Concerts from such diverse acts as Pink Floyd, Sting and Aerosmith who played the venue 14 times. It was also home To WrestleMania III in which Hulk Hogan squared off against Andre The Giant.

It was also infamous too for a famous brawl that due to  The fact that the fight took place at the Palace led to it becoming jointly referred to as the “Malice at the Palace” and the “Basketbrawl”.

On November 19, 2004, a fight broke out between members of the Pistons and Indiana Pacers. As the on-court fight died down, a fan threw a cup of Diet Coke at Pacers forward Ron Artest, who then rushed into the crowd, sparking a melee between players and spectators. The fight resulted in the suspension of nine players, criminal charges against five players, and criminal charges against five spectators. The offending fans were banned from attending games at the Palace. In the aftermath of the fight, the NBA decided to increase the security presence between players and spectators. The fact that the fight took place at the Palace led to it becoming known as the “Malice at the Palace” and the “Basketbrawl”.

On July 11 2020 at the crack of dawn crews began working on what would be the last we’d see of the Palace as The former home of the Detroit Pistons, countless concerts and other events, was demolished Saturday morning in a successful implosion that brought the remaining skeleton of the area to the ground.