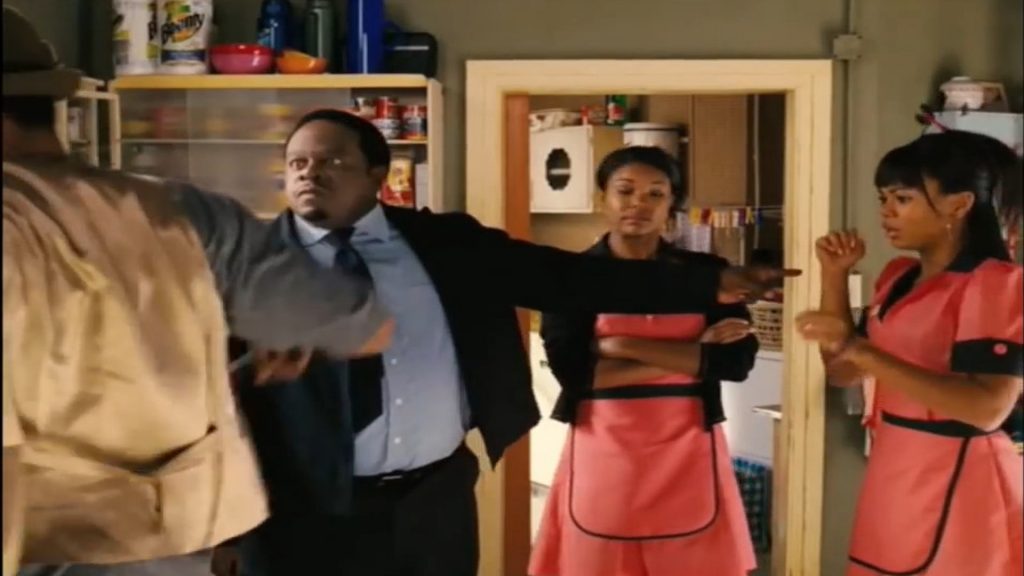 One of television’s most beloved sitcoms gets an overhaul for the big screen in this comedy. Ralph Kramden (Cedric the Entertainer) is a New York City bus driver who has great ambitions and plans to make something of himself one day.

However, Ralph’s big ideas usually take the form of half-baked get-rich-quick schemes which invariably fail, much to the chagrin of his long-suffering wife, Alice (Gabrielle Union). But Ralph always has a loyal ally in his best friend and upstairs neighbor, Ed Norton (Mike Epps), a sewer worker who also has a wife who is weary of his antics, Trixie (Regina Hall). Alice and Trixie have a plan to come up with the down payment for a dream house: a suburban duplex that’s being eyed by a shady developer (Eric Stoltz). But when Ralph and Ed decide to spend their savings on training a stray mutt for the New Jersey dog races, they threaten both couples’ futures. Based on the classic Jackie Gleason and Art Carney series, The Honeymooners also stars John Leguizamo.

Now I wasn’t around during the original run of the Honeymooners, which ironically only lasted 39 episodes but I did watch it with my Grandpa Joe in reruns as a kid and am well aware of Jackie Gleason’s performance as Ralph Kramden. This one could have done better, there are some points in the film that I think try too hard to emulate the Honeymooners of the Gleason era and some fans might be taken aback by some of the gags thinking they are too corny. Remakes don’t always work for this very reason, the intention is there but the execution overall may put the original to a dreadful shame so this one can go TO THE MOON ALICE!!!! I give it a 3 out of 5